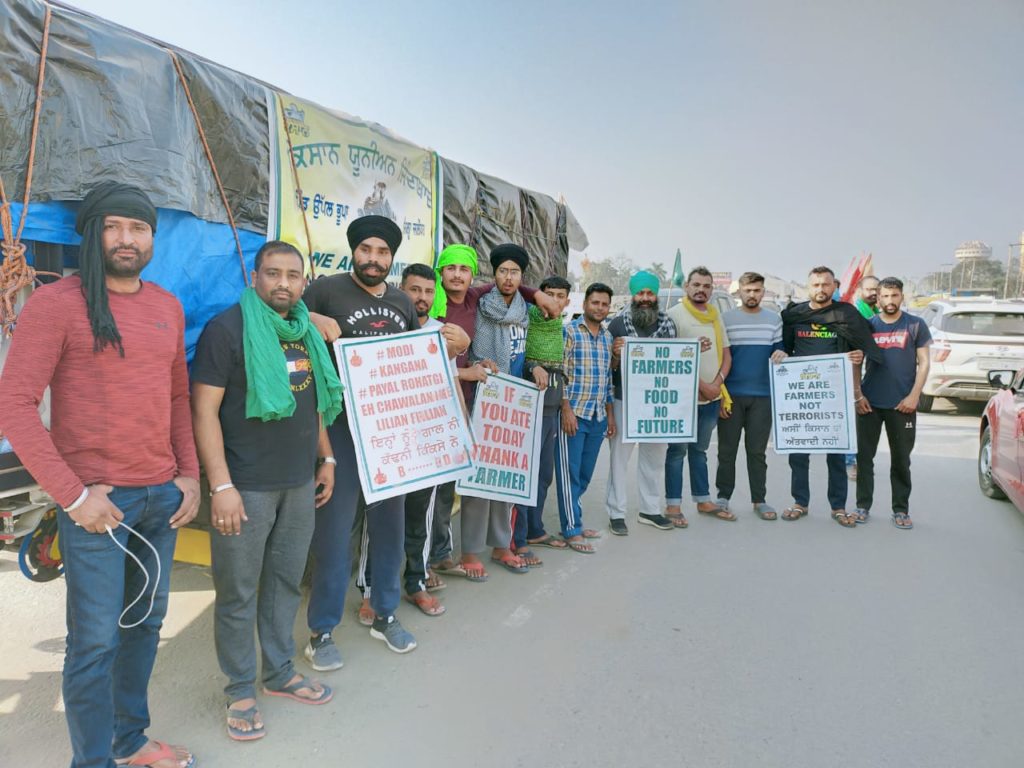 More than half of India’s 1.3 billion population are farmers, but agriculture contributes to approximately a sixth of the country’s gross domestic product. Agricultural reforms are needed in the country but the issue is difficult to handle | Minreet Kaur reports

Smallholdings, shrinking productivity, the increasing cost of living and lack of modernisation have had a stranglehold on this sector. The government distributes large subsidies to keep things under control.

Farmers have been protesting since November 2020 against three farm laws published by the government under Prime Minister Narendra Modi. They want the laws scrapped.

The protests have mainly been led by farmers from Punjab and Haryana, but now thousands are joining in from other parts of the country, particularly from western Uttar Pradesh.

The largest protest in history is getting lots of social media and mainstream traction. Last week the famous pop star Rihanna’s tweet “Why aren’t we talking about this” off the back of a news report, went viral and sent a strong message to the Indian government. This triggered more celebs to stand in solidarity. Among them were Greta Thunberg, Amir Khan, Meena Harris. The Delhi police have filed a case against Greta’s tweet “We stand in solidarity with farmer’s protests in India” Counter-protesters in Delhi have burned effigies of the Swedish environmental campaigner Greta Thunberg after she tweeted support for India’s protesting farmers in posts that have prompted an investigation by Indian police.

Since the protests began, Narendra Modi’s far-right government has violently tried to suppress them, by censoring social media pages of anyone who speaks out or shares information on the real truth of what is going on. The borders of Delhi have been surrounded by barricades and barbed wire. The internet has been shut down, water and food supplies cut off, and many farmers have gone missing. There are claims that at least one woman activist Nodeep Kaur was arrested and sexually assaulted.  She still has not been released.

The protests, have captured the hearts of Indian diasporas – with many taking to the internet and one family decided to camp in a tent in their garden to show their support.

With the help of growing social media activism in favour of the Indian farmer strike.  UK Parliament spearheaded by the conservative party’s Boris Johnson found themselves served with a petition signed by more than 100,000 people. Set up by Gurcharn Singh “I decided to set up the petition because I was appalled by what’s happening in India right now is absolutely heart-breaking. To see peaceful protesters being openly attacked by officials, in public, is shocking and these actions, which have no place in modern society, should be condemned. What’s more, the journalists who are reporting facts on the events as they unfold are being arrested and detained. Speaking with many people living here with families in India who shared concerns I felt compelled to do something” he said.

One Stop independent retailer Aman Uppal from Coventry, said: “In the UK as retailers our shop has been the family business for nearly 30 years. In Punjab farming has been the family business for many generations. The Farming Bill’s put not only my families livelihood at risk to exploitation but hundreds of thousands across India as the majority of farmers own only 2-3 acres of land.

Personally, farming is very close to my heart, I travel to Punjab yearly and have spent days tending to crops as I have always wanted to learn more. When my father Balvinder passed away 5 years ago, the farming land we own in India transferred into mine and my brothers names.

I have close family members and friends who have been at the protest sites for over 2 months, it has been very distressing to see the scenes of police attacking the protesters and setting up barricades. I hope that changes will be made and a resolution found that will enable farming to continue without the burdens currently in place.”

Shrewsbury independent retailer Rav Garcha said: “In retail we all rely on the supply chain, with the majority of our fresh produce coming from farmers. At times I consider changing distributors to ensure I am getting the right products for my customers. Most recently I thought about changing my milk supplies for a cheaper distributor, whilst doing so it made me think and look into the ethics of the new distributor, were they aligned with my own values? If they weren’t, changing would not feel right for me even if business wise it seemed to be the right decision.

Generations of my own family were and still are farmers, I’ve first hand seen each generation has lost blood sweat and tears in each grain of soil; it’s personal, it’s not just an occupation or a business it’s a lifestyle. Harvesting of crops needs local labour; this is all part of the delicate micro economy of a village. Whilst we man the tills and stock our shelves, we are emotionally invested because our own loved ones are camped out on the streets.

In return they have been labelled Terrorists, Anti-nationals and separatists, yet they continue with their peaceful mission to have the bills repealed because how else will they survive? How can we tarnish the very people who help put food on our table, who work out in all weathers, who nurture the seeds that become food on our table? Those who work in acres not hours. We owe them so much and the very least we can do from a distance is support their plight in any way we can. It’s not a race, religious or nationalist agenda, it’s about being fair.

Coming from a family of farmers makes me proud but it has also given me the values and ethics needed to ensure I run my own business the right way, not only regarding the suppliers I use but how I serve the communities I am in. We always ensure to employ locally to support and give back to the community we serve.”

Serge Notay of Notay’s Convenience Store, Batley said: “To quote Martin Luther king jr. “Injustice anywhere is a threat to justice everywhere. We are caught in an inescapable network of mutuality, tied in a single garment of destiny. Whatever affects one directly, affects all indirectly.”  As a convenience store owner and worker, similar to farmers we have inherited the store from our grandad, as the farmers will have inherited the land they work on from their fore fathers. To have a threat, (by the people who are supposed to stand for us) to have our store/land taken from us, YES, I would exercise my right to protest against this! I would expect the World to stand with me too, and support me in the inhumane ways that the government of India have treated these poor farmers. Calling them anti nationals, firing water cannons, beating, assaulting and falsely arresting them is just so intolerable. We must make a stand against this and support them. Call the Indian government what they are…..Facists!”

Suki Khunkhun of One Stop convenience store Woodcross, Wolverhampton said “I stand with the farmers in India because we are being cheated out of our land that has been in the family for generations.  This land has given my family many opportunities to better their lives. Yet it still provides food to the nation.

The Indian government has not consulted any organisation to see if these bills are eligible…its seems that they have sold their sole to the corporates.

The farmer protest is a peaceful protest…instead it has been portrayed as a group of terrorist getting together to cause trouble. Sikhs are the last people who would cause trouble, we lead a life of example, We stand up for our rights and where people are afraid to do this we go to help. We are told by our guru’s reach out to the helpless. The farmer protest shouldn’t been seen as a religious fight but be seen as a fight for farmers rights, regardless what religion you are from.”

The Landworkers’ Alliance, a farmers’ union who represent more than 1000 small and medium-scale farmers and landworkers across the UK, claims the UK government is implicit in promoting market reforms and providing expertise to the Indian government to allow private investment and increase corporate control of the agriculture sector in India. As a union, they have written a letter to UK Foreign Secretary Dominic Raab and to the Indian Government, citing the impact of industrialisation on the UK food system and urging them to continue supporting small-scale agroecological methods of farming.

“Hundreds of thousands of farmers and farm workers are mobilising to protect their livelihoods, yet UK development policy funds private consultants who encourage small farmers to “step out” of agriculture, without ever asking farmers if they want to step out! These demonstrations make it clear that farmers in India are proud to provide the food that everyone needs and will not be driven out by the corporate sector. The UK government should listen to the farmers and provide UK aid for farmers networks on the ground developing agricultural programmes that protect the environment and provide dignity and healthy food for all.”

Humphrey Lloyd, one of the farmers showing their support for the Indian farmers, said:

“It’s so inspiring to see Indian farmers standing up against the deregulation of their sector and threat to their livelihoods. They are resisting the kind of market based reforms that have led to a such a tough and precarious situation for farmers here in Britain: Supermarkets bullying us on contracts, rising debt from farm improvements, low and unstable prices and the small farmers being pushed out of the sector altogether. As Brexit further threatens British farming with cheap, low quality imports, we should take a leaf out of the Indian farmers book.” 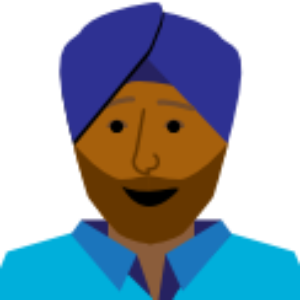 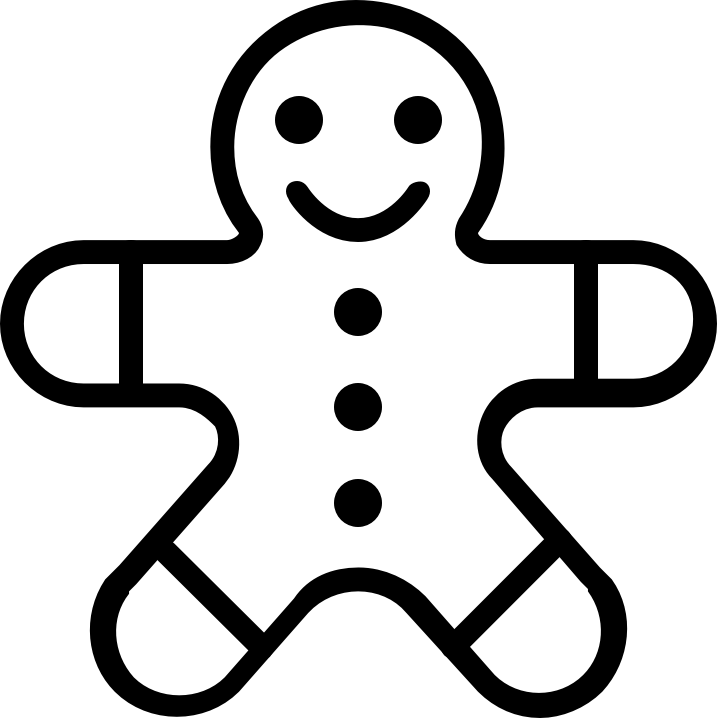